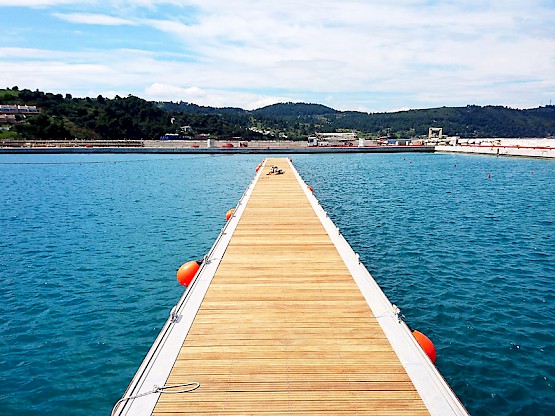 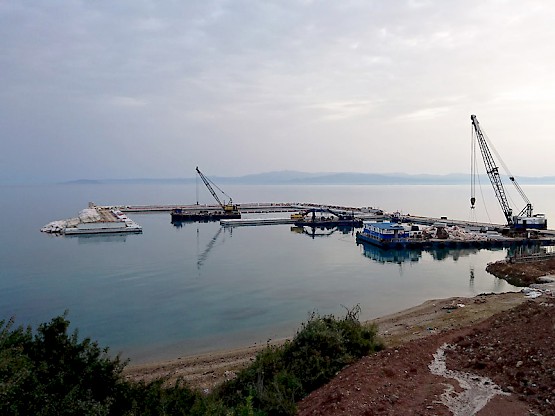 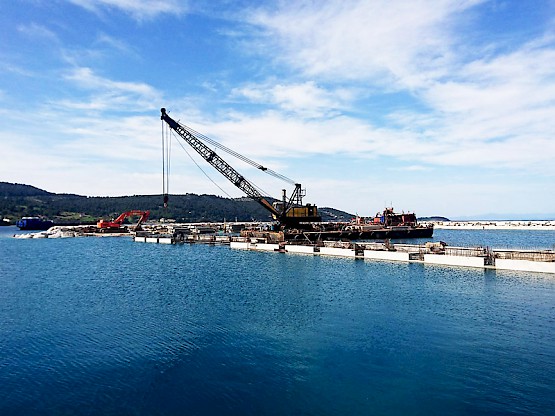 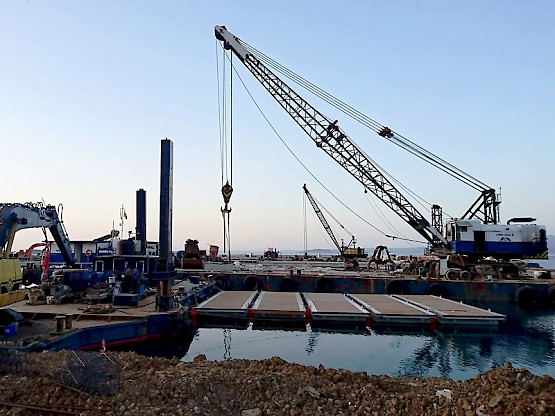 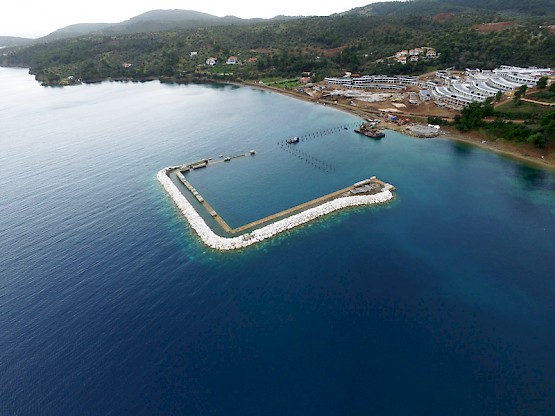 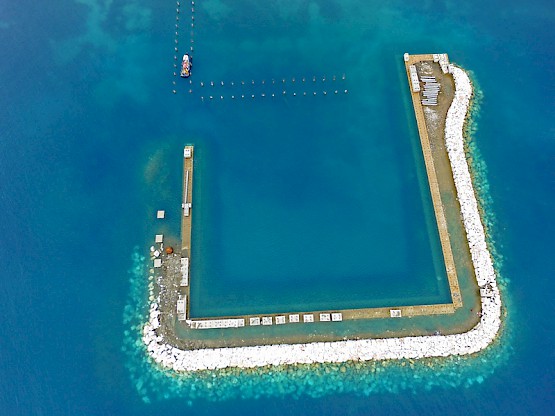 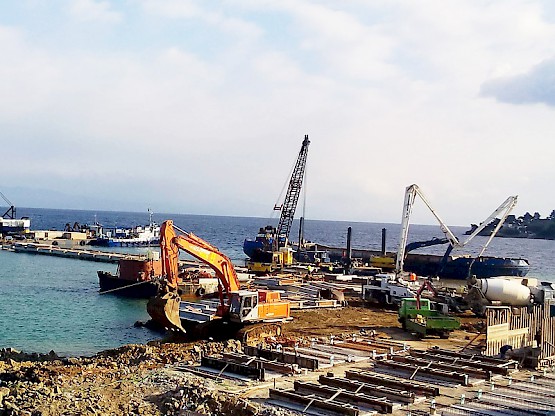 ERGOMARE SA is proud of the timely delivery and technically sound construction of the largest private marina in Greece, the Miraggio Thermal Spa Resort in Canistron Kassandra Chalkidiki. The Resort is one of the biggest investments in Greece the past two years.

The project was very demanding technically as the Marina is "off - shore". Its access to it is done through on-the-sea bridge seated on precast foundation piles and built within a record-time of 16 months.

The main port project was constructed at a distance from the shore in order not to disturb the parallel with the coast streams, which could lead to deterioration of the Coastal region.

The superstructure of the bridge was made of precast parts (beams and slabs as well as in situ concrete injections.

ERGOMARE was also awarded a road-building contract as well as pavements, surroundings landscaping and buildings.

The Resort and Marina commenced operations in June 2016.